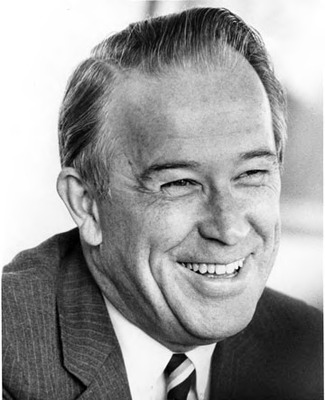 Henry M. "Scoop" Jackson (1912 - 1983). Jackson was an anti-communist, pro-defense member of the Democratic Party, who served the U.S. Congress from 1941 until his death in 1983. Elected to the House of Representatives in 1940, Congressman Jackson was a member of the House of Representatives from 1941 until 1953. He served as the United States Senator from Washington State from 1953 until his death in 1983. Senator Jackson ran two unsuccessful efforts to secure the Democratic party nomination for President, in 1972 and 1976.

Copyright status is unknown and has not been evaluated. Users are responsible for assessing and/or securing use permissions. For further information, contact Eastern Washington University Libraries, Archives & Special Collections, http://www.ewu.edu/library/services/archives.xml.